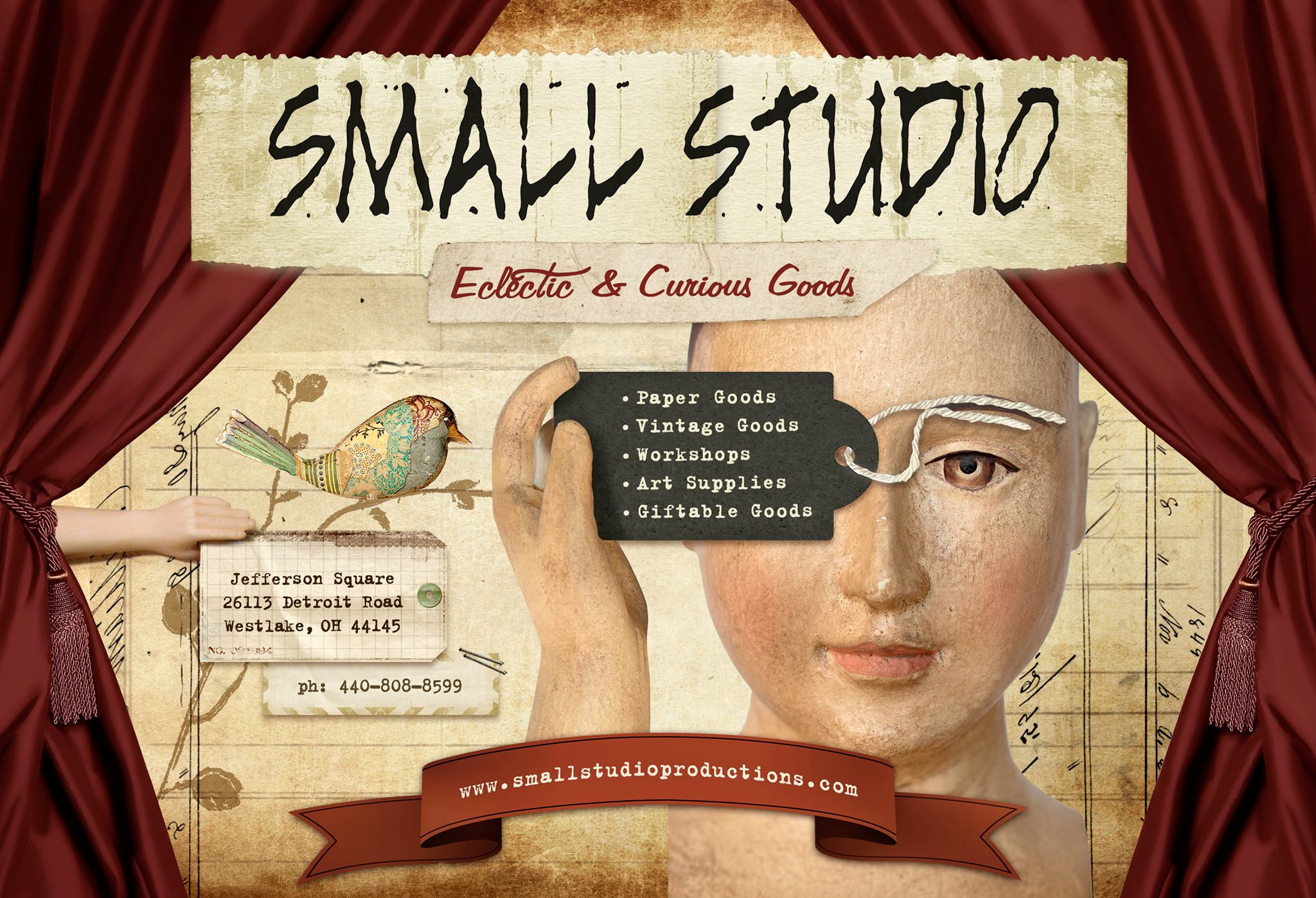 Small Studio was founded in 2012 by Ginny and John Smallenburg.  The retail store in Westlake, OH sold decorative papers, paints and other art supplies, and an eclectic mix of ephemera and vintage goods.  The classroom space hosted classes in mixed media and paper projects from local and nationally known artists.


Margaret Bakke (the current owner) started teaching bookbinding classes at Small Studio in 2013.  The Smallenburgs decided to retire at the end of 2014 and Margaret made the decision to purchase Small Studio and keep it open, taking ownership officially on January 1st 2015.


Small Studio expanded its offerings in October 2015 to include yarn and supplies for knitting and crochet.   The store moved in January 2017 from Westlake to a smaller location in North Olmsted, the neighboring suburb.  In 2020 Small Studio added online sales in addition to the retail location and class offerings.


Margaret Bakke graduated from Baldwin Wallace University in 2011 with a degree in Art Education.  After graduation she worked at the Morgan Art of Papermaking Conservatory and Educational Foundation and developed a fascination with paper and bookbinding.  Margaret has taken classes in drawing, painting, ceramics, photography, jewelry making, bookbinding, knitting, crochet, and just about any other craft you can think of!  Her favorite part about owning a store is getting to share the love of crafts with customers through classes and helping pick out supplies for a project.